“Seeing into nothingness is the true seeing, the eternal seeing.”
—Shen-hui 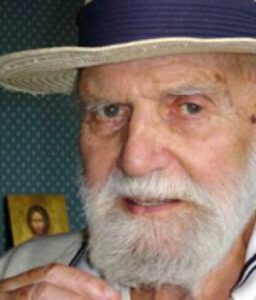 This seeing is, quite simply, a matter of turning round the arrow of one’s attention. The Katha Upanishad puts it this way: “God made the senses turn outwards. Man therefore looks outwards, not into himself. But occasionally a daring soul, desiring immortality, has looked back and found himself.”

Contrary, no doubt, to one’s first impression, there’s no seeing, no experience remotely like this seeing into the nothingness right where one is. Here are five of its unique and immeasurably precious characteristics.

Though down the centuries this in-seeing has been made out to be the most difficult thing in the world, it’s really the easiest. This most cruel of practical jokes, this most impious of pious confidence tricks, has taken in countless earnest seekers. The treasure of treasures they wore themselves out searching for is in fact the most accessible, the most exposed and blatantly obvious of discoveries, brilliantly lit up and on show all the time. The Buddha’s description of Nirvana in the Pali Canon, as “visible in this very life, inviting, attractive, accessible,” makes perfect sense. So does Zen Master Huang-Po’s caustic comment that one must be blind drunk not to see this. So does Zen Master Ummon’s statement that the first step along the path of Zen is to see into our void nature: getting rid of our bad karma comes afterwards. Then there’s Ramana Maharshi’s insistence that it’s easier to see What and Who we really are than to see a gooseberry in the palm of our hand. All of which means that there are no preconditions for this essential in-seeing. To oneself one’s true nature is forever on display, and how one can pretend otherwise is one of the world’s great mysteries. It’s available now, just as one is, and does not require the would-be seer to be holy, or virtuous, or learned, or clever, or special in any way. Rather the reverse. What a superb—and woefully neglected—advantage this is!

This alone is real seeing, the only sort that’s foolproof. Look and see now whether it’s possible to perceive partially or dimly the emptiness where you are. This seeing of the subject—of the one who sees—is a perfect and all-or-nothing experience, in contrast to the seeing of objects, such as this page covered with black marks. A very great deal of the scene is missed, just not registered. In fact, the view out is never clear, the view in never foggy, as Shen-hui implies in the quotation on the top of this page.

This seeing goes deep. The clearest and “most distant” of the views out is found to be restricted and shallow—actually, it’s paper-thin—in contrast to the view in which visibly has no limits and goes on and on forever. It penetrates to the bottomless depths of our being, even to the Abyss from which all arises. No wonder it convinces as nothing else can convince, and leaves the seer in no doubt about its thoroughness. “There is no longer any need to believe,” says the Sufi Al-Alawi, “when one sees the Truth.”

This experience, in spite of all its depth and mystery, is uniquely communicable, because it’s exactly the same for all—for the Buddha, for Jesus, for Shen-hui, for Al-Alawi, for you and me. Inevitably so, seeing that this nothingness has nothing in it to differ about, nothing to go wrong, nothing idiosyncratic or merely personal and private. How unlike all those other experiences which are so hard—if not impossible—to share! However vividly you describe and try to demonstrate to me your thoughts and feelings and sensations, you can never be sure I’m getting the message. You and I agree to label the rose red, and sweet-scented, and charming, and so on, but the inner experience the label is attached to is essentially a private one, impossible to get across with any certainty to anyone else. What is for you red could be for me pink or orange, or even blue. But reverse the arrow of attention and all this uncertainty vanishes. Here and here alone, where all share a common nature, is perfect communication, everlasting agreement, no possibility of misunderstanding. This concord cannot be overrated, because it’s the profoundest at-oneness about what we and all beings really, really are. And in the light of this basic assent we can afford to differ to any extent about what we and they seem to be, about appearances. Though the seer’s relationship with others is transformed into identity with them, his humanness is likely to take a unique and unpredictable form. If ever there was a mixed bunch of people, the world’s seers are among the most variegated.

This seeing into nothingness is always on tap, whatever one’s mood, whatever one is up to, no matter how calm or agitated one happens to be at the time. It’s instantly available on demand, simply by looking in. This accessibility, when fully put to the test, may leave one’s life outwardly the same, but inwardly revolutionized.

We have examined five inestimable virtues of this simple in-seeing, and found it to be easy, foolproof, deeper than deep, uniquely shareable, always to hand. But there’s another side to this splendid picture, a variety of less welcome concomitants or snags, which we must now look at.

Some of these disadvantages arise from the very advantages of this in-seeing. For instance, just because it’s so obvious, so available without notice and natural and ordinary, it’s tragically easy to undervalue and dismiss off-hand as quite trivial. Actually, in practice, its immense depth and spiritual power are nearly always overlooked, at least to begin with. How, it is argued, could so cheap a realization (in fact, it’s scot-free) be worth much. Easy come, easy go. What moral discipline, what spiritual work one has put in, by which to earn any worthwhile spiritual gift? Then again, this least costly of realizations comes to us backed by no mystical credentials, endorsed by no burst of cosmic consciousness, no ecstasy. The bells of heaven aren’t just muffled, they are pointedly silent. Here, in fact, is an all-time low rather than a high, a valley rather than one of those famous peak experiences. “It is a prosaic and non-glorious event . . .  Here is nothing painted in bright colors, all is gray and extremely unobtrusive and unattractive.” Such are the sobering comments which one’s initial seeing into nothingness are apt to excite, and with good reason. Our quotation is from Dr. D.T. Suzuki, the man who brought Zen to the West. He is describing satori, which is the Japanese term for seeing into nothingness, and he knew by experience what he was talking about. As for our earning this vision, or somehow traveling to the place where it’s to be had, the idea is stuff and nonsense. And why? Why because satori is simply ceasing to turn a blind eye upon what we and all beings eternally are, upon what we are all living from anyway, regardless of merit, and aside from all mystical graces—or lack of them.

The truth is that such defects or snags—in particular the shallowness of the in-seeing—are no more than misunderstandings, readily cleared up as soon as we muster the courage to look for ourselves and take seriously what we find. The real snag is quite different, and on the face of it appears very serious. It is that the great majority of the people who are persuaded to look within and perceive briefly their true nature are happy to leave the experience at that. For them, apparently, it’s little more than an intriguing adventure, an interesting way of looking at things—or maybe just good fun, a pleasant sort of children’s game—and of no real importance for living. It’s not for prolonging or repeating or testing, and certainly not for practicing. And so it has virtually no effect whatever, and seers remain in terribly short supply.

Well, what we can safely say about this last and truly formidable snag is something like this. All the great developments in human history have had very modest and virtually invisible beginnings. A tiny group of people fired with a truly revolutionary vision are in the long run far more powerful for change than all the dedicated adherents to some well-established cause or idea put together: of all revolutions this turn-around to what’s nearer than near is by far the most revolutionary. I suspect that, something like a million years ago, it wasn’t a boss proto-human who first tumbled to the hitherto unthinkable fact that out there in the water and in others’ eyes one has a face. My guess is that a solitary mother, gazing long at her reflection, got the point, and, given a lot of luck, somehow managed to share it with one of her children. I suspect, further, that it was only after hundreds or thousands of years of touch-and-go that the idea began to take on at all. And now, of course, this kind of human self-consciousness is the norm, to fall short of which is to be not yet fully human.

Don’t tell me that the human saga has to end here and that our species has altogether run out of steam. Or that “the true seeing, the eternal seeing” has no chance of one day becoming the new norm for large numbers of the population, or even the majority.

Not that there’s any likelihood of Utopia breaking out. Along with this new norm, if it is ever realized, will come new problems, some of which can already be foreseen. But at the very least it will show that this preposterous species of ours isn’t irretrievably stuck in the mud of its prime delusion, namely, that one is here what one looks like over there.

I had a chance to speak with Douglas Harding in Vancouver, Canada, where he was presenting a workshop. At the time Douglas was a young 85, and was excited as ever to have a look in the “paper bag” (an experiment to focus one’s attention at the near end of the universe) and see into that which “sees.” White-haired and bearded, Douglas was a big bear of a man, kindly, sincere, and very enthusiastic about revealing our true identity, and he insisted that everyone who attends his workshops also “see it.”

Douglas was born in Lowestoft, England, in 1909 into a fundamentalist Christian sect, the Exclusive Plymouth Brethren. At twenty-one he began his quest for self-knowledge. His urgent enquiry into the question “What am I?” suddenly ended when walking in the Himalayan mountains where he discovered his “utter facelessness.”

After years of trying to understand the statement “the observer is the observed,” I was fortunate to attend a workshop which featured one of Douglas’ experiments called the paper bag. At once I saw that there is no observer at all at the near end of my world and that in fact, there is nothing this side of these hands, this typewriter, and the cluttered desk in front of me. Nothing at all this side of that window with its view of blue sky, grass, and clouds. Really, I have never been face to face with anyone in my whole life. Have you? What a jolt! Literally it knocked my block off.

Douglas’ approach to spirituality is very down to earth and perceptual rather than conceptual or religious. Douglas points to our true identity and says it is impossible not to “see” our real nature, even on one’s first look. Douglas shows us plainly what the ancient Chen master Shen-hui knew so well: “Seeing into Nothingness—this is the true seeing, the eternal seeing.”