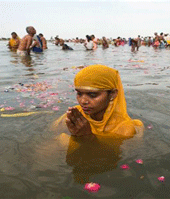 There Is No River
I said to the wanting-creature inside me:
What is this river you want to cross?
There are no travelers on the river-road, and no road.
Do you see anyone moving about on that bank, or nesting?

And there is no body, and no mind!
Do you believe there is some place that will make the soul less thirsty?
In that great absence you will find nothing.

Be strong then, and enter into your own body;
there you have a solid place for your feet.
Think about it carefully!
Don’t go off somewhere else!

Kabir says this: just throw away all thoughts of imaginary things,
and stand firm in that which you are. 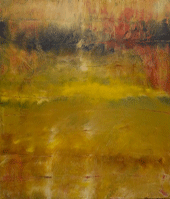 Illusion and Reality
What is seen is not the Truth
What is cannot be said
Trust comes not without seeing
Nor understanding without words
The wise comprehends with knowledge
To the ignorant it is but a wonder
Some worship the formless God
Some worship His various forms
In what way He is beyond these attributes
Only the Knower knows
That music cannot be written
How can then be the notes
Says Kabir, awareness alone will overcome illusion 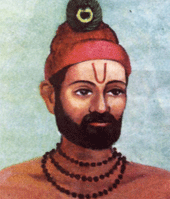 Kabir was a contemporary of both Guru Nanak and Sikander Lodi. According to some sources he was born to a Brahmin widow at Lahartara near Kashi (modern day Varanasi). His mother abandoned him to escape the dishonor associated with births outside of marriage. He was found by a weavers family, Niru and Nima, in a small town near Varanasi and was brought up in their poor Muslim household. At a very young age a Vaishnava saint Swami Ramananda accepted Kabir as his disciple; Kabir was 13 years old at the time.

Kabir did not become a mendicant and entirely abandon worldly life. Rather, he chose to live a balanced life of householder, mystic, tradesman, and contemplative. He left a great amount of writings (known as Bijak)—a collection of poems, which portray his all-embracing spirituality. Kabir simply followed perceived the oneness of God, which is beyond the limitations of any one religion.