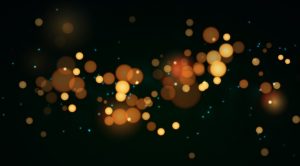 The dream analogy has always appealed to me as a meaningful explanation of this so-called “life” of mine. Of course, as far as pointing towards one’s true nature, there is nothing like actually pointing and looking, but the dream analogy confirms what I see when I See, and helps break the ties to deeply conditioned beliefs.

It goes something like this: When I dream I experience a world that is “real” to my dream personage. In this dream world,­ there appears a myriad of phenomena—houses, cars, people, animals, mountains, lakes, clouds—in a seemingly infinite variety of scenes, many of them arising randomly, but some involving a dream past and a dream future, not to mention frequent examples of bizarre (but believed !) dream reasoning. I experience desire and fear, joy and sadness, pride and guilt. I see, hear, smell, touch, and taste in a dream as I would in the waking state. And yet when I awaken I know it was “all a dream”—I know that every object and every event occurred only in my “mind,” that somehow during the night I had created an amazingly credible world of space and time containing all manner of phenomena. And I have no idea how I did it.

Perhaps an even better analogy was that proffered by the great Indian sage Ramana Maharshi. When asked to describe the nature of reality, the Maharshi likened it to a motion picture show. He said, the Self (Awareness) is like the screen; “life” is the show. You watch the show and see it as real, and yet when it ends you know it was “just a show.” No matter how many bullets fly, rega­rdless of the dilemmas and tragedies and all the drama of the film, the background on which it appears remains unscathed—there are no bullet holes in the screen.

Or consider this by the late Wei Wu Wei: The film itself is actually made up of a series of “stills” strung together such that when the film is run rapidly through a projector. What appears on the screen is accepted as unbroken and “real,” here movement being the primary illusion in a collection of illusions. In this analogy, Awareness, or Who I Really Am, is the light of the projector, and the “world” is the manifestation of that light on the screen and the resulting “story” I take to be real. Furthermore, Who I Really Am can be seen as the projector and the film, but only in the sense of the Great Mystery, the Abyss from which springs the light of Awareness —I have no idea how I do it, I am at a loss to say how or why Awareness is, or how It is aware of Itself, not to mention how the world comes into being—it just is. And of course, needing an answer, persuaded by others, I learn at a young age to see myself as an individual—as one of the characters in the show—and in so doing think I may do as I please, oblivious to the fact that, as a character, I am powerless to act of my own accord. Thus, sadly, I become a case of mistaken identity, an illusory character in an illusory world, living out my “life” until the film ends.

No doubt, there are many conclusions that can be drawn from these analogies, in addition to the obvious one that who I think I am is not Who I Really Am, and that what I believe to be a “world” is not as it appears.

For instance, all three analogies call into question my assumption that time and space are fixed, are something that I am “in,” are basically “out there” as my universe. In a dream, the three-dimensional world I experience every night is in reality dimensionless, is in fact manifested Here where I am. Likewise, I experience a motion picture show in three dimensions, whereas the show is presented two-dimensionally on the screen. Furthermore, as to the projector light, unless I disengage myself from the drama of the story, I never notice it. Nor do I realize that, in fact, the light contains the drama, is the drama, which manifests only upon meeting the resistance provided by the screen. The conclusion I therefore reach is that Awareness and the so-called “world” arise together, and are, in that sense, the same. In the Maharshi analogy, the screen (Awareness) and the picture show (the world) are inseparable. In the Wei Wu Wei analogy, it is the projector light and the show that are identical. Both analogies tell me that the very fabric of the world is Awareness, that awareness and the world are One. And yet, paradoxically, they rely on each other to appear. All three analogies also tell me that Awareness, or Who I Really Am, is both immutable and intemporal. The illusory movement and illusory passage of time are part and parcel of the show, whereas the screen (or the light) is “actionless” and “eternal.”

They also remind me that my basic nature is one of a state of “unknowing.” As a character in the film, I have a past and I expect a certain future, but as the screen or the light I am once removed from such contrivances—I am simply present for what appears. Likewise, with “unknowing” comes the absence of volition. The screen may be inseparable from the picture show, but cannot will the events of the show. One could liken the projector and the celluloid passing through it as the Will of God, but to the light of Awareness the Abyss is forever unknown, and the Will of God can only appear as the show itself—as “what is.” So much for the analogies. The question is, are they valid? How does experience confirm the metaphor, and the metaphor confirm experience? How do I know that the above is not merely an exercise in conceptual gymnastics?

For years, I boxed with this question. Somewhere inside I knew they were valid—there were glimpses, fleeting moments of Truth—but I needed proof, something concrete. The odd thing is that the first experience arrived without fireworks. I was surprised certainly, amazed at how easy it was, astounded at the implications even, but it wasn’t until I repeated the exercises over a period of months that the extent of the meaning began to sink in. There were no initial weeks of bliss, there was no altered routine; the same thoughts and attachments and fears continued to operate.

Except that now I could See. It had begun with an article I’d read by Douglas Harding. The “experiments” he suggested seemed crazy and childish, but I gave them a try. And there it was, as plain as day—I “got it” immediately with the pointing exercise, saw Who I Really Am with the card experiment and mirror exercise, and had a grand laugh peering at my foreshortened, upside-down legs. But it was the “Single Eye” experiment that brought and continues to bring the truly revolutionary vision.

It works like this: I hold out my glasses in front of me (sunglasses will do, as will simulating a pair of glasses with the hands). The fact is that I had become “other” focused for so long that I had forgotten my basic nature, and the Single Eye experiment returned the focus to Here, where I am and have always been.

Watching the glasses carefully and slowly bringing them toward me has the effect of “dragging” my attention inward along with the glasses, and when I put them on, I notice something both startling and oddly familiar: I am looking out of one eye, not two as I had been taught as a child. More than an eye, it is as if I were looking out of an enormous open window with no frame, a window that is visibly empty and yet—and here is the astonishing news—is fully AWARE! How did this happen? Why is it awake? How did I not notice this when it’s been here all along?

And the beauty of attending to my Single Eye is that I can do so anytime and anyplace, simply by reversing my attention, now that I know how and where to look. I find this open Awareness nowhere else in the world. It is truly unique. The more I attend, the more I realize that this empty Awareness is Who I really Am, the “First-Person-Singular,” wearing God’s monocle, as it were, whenever I don my glasses.

And what a marvelous view I have! I stretch my arms out wide and “hold” this enormous Single Eye that I am, into which everything—the entire universe—fits with ease. I look, and I see my Light. I look, and I see no difference between this Light of Awareness and the changing scene within it—they appear together. And yet I know that without this Light there would be no scene. I am the unmoved screen upon which the moving show appears. I am the Light that creates the scene, and the scene that contains the Light. I am both the dreamer and the dream, occurring Here. I am all of it.

How then do I know that the analogies are valid? Because I See that I am empty of all phenomena, that I am the Light, in which the show appears with its myriad of scenes. I See that the world—the show—is Here, and that I am the awake Dreamer of this fabulous dream. I See that the screen and the show, the dreamer and the dream, are not separate by a hairsbreadth, and yet mysteriously they commune as if two!

And throughout, I somehow continue to function as an “individual,” cast in my human role. Thus, nothing has changed and everything has changed. As the contemporary mystic Adyashanti said recently, “I am a clown playing a part. The best I can hope for is to be relatively silly.”