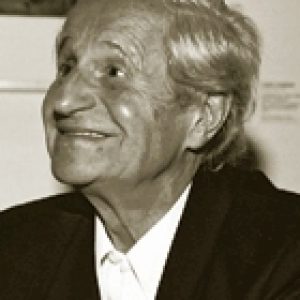 Gilles Farcet: Certain teachings compare the awakened one to an actor—the actor speaks his lines, plays his role perfectly, is in love, betrayed, rich, ruined, knows happy occasions or tragedies, cries or laughs, and becomes the character he plays, all the while knowing that he himself is not Romeo or Orestes. Once the curtain comes down, he quietly leaves the theatre.
Stephen Jourdain: Yes, that’s exactly it. There’s this strange possibility of being eternally and unalterably in retreat in relation to what one’s supposed to be, to his behavior, to his character, but also to what happens inside himself. What difference was there between me trying to seduce Vera—a ravishing young girl from the best circles—when I was sixteen, before the awakening, and me pursuing this same attempt at conquest after the awakening? The difference is this: before, I actually believed I was entirely defined and definable as the nice young man who had the desire to conquer Vera. Afterwards, on the other hand, I could no longer believe this was me. I could play at it without believing for a fraction of a second that it really had anything to do with me. The pursuit of Vera no longer defines me, I hold myself back in relation to what I am. All the same, it is very strange. Through the awakening, I become what I am and, after that, I am more than I am. I’m eternally in myself more than in what I am. Consequently, I’m never reduced to an identity. To put it more precisely, before the awakening, I was my identity—this young kid doing this or that, thinking this or that. After the awakening, I discovered I was fundamentally without identity. Once I discovered that, and knew that the essential of what I am is irreducible to any identity, I was free to lend a degree of reality to several different identities and amuse myself with them. But I wasn’t taken in and never will be.

GF: Lots of people seem to expect an awakened one to show a sublime detachment from the outer world. Yet, according to Swami Prajnanpad, to be awakened doesn’t mean that one is “without desire,” but “free to desire.” This nuance is important.

SJ: Yes, it’s a good formula. For my part, I could never really understand the kind of Puritanism that seems to be at the base of the spiritual philosophy of a number of people converted to oriental thought. All those virtuous statements, considering desire as impure . . . In France, all those saints are bad enough but what the devil are all these religious trappings doing in the Orient? Let’s get back to essentials: the question is not whether I chase girls or not, but whether I define myself as a sixteen-year-old boy chasing girls. Before the awakening, I was enclosed in an identity, that of the inner subject who thought this or that. After the awakening, the dream dissolved and I discovered that my real nature was forever irreducible to any identity. That goes a very long way—it means that objective reality invades any situation I might engage in. That’s not nothing! It’s equivalent to treating “me” thinking about this or that—whether it is something philosophical or trivial—as fundamental unreality with respect to what I really am. There isn’t a chance that I’ll let myself be fenced in by any identity.

GF: Under those conditions, what pushes you to undertake the merest action? Why the devil does Steve, stripped of any identity and thereby no longer taking himself for a sixteen-year-old prey to adolescent emotions, take the trouble, to court Vera—which I sense wasn’t an easy task?

SJ: That’s a very pertinent objection. One could indeed imagine that such a back stepping from all identity and from the man that I am, would generate total indifference to the latter. Well, not at all! Undoubtedly, such an equation would satisfy logic but, quite simply, it is not the case. Things are much more complicated than that. I would even say that if spiritual teachings often prove invalid, it is because they approach, most uncouthly, this type of question. Faced with such a problem, they give responses that, in my opinion, are highly inadequate. The truth is that the tide of human conduct not only isn’t exhausted by the awakening, but, on the contrary, gushes forth more vigorously, with the difference that this flow is henceforth pure.

In fact, there’s a phenomenon that reason could never explain. Imagine a triangle. Normally, it can’t go beyond its three sides. If you take them away, you find yourself facing nothingness, an absence of triangle. In the same way, if you take away from Gilles what makes him Gilles, if you reject Gilles who’s thinking about this or that, there would seem to be no more Gilles. It’s there that an unheard of yet universal phenomenon occurs that is endlessly at work in all things. The triangle that one considers a tributary of its three sides can abandon them and not only persist but be born, attain its true nature, above and beyond those three sides. There’s nothing rational about this phenomenon. The triangle is born in the very center of that which, from a rational standpoint, appears to be its complete absence. The triangular nature is attained at the very instant that triangle transcends its three sides. In other words, and to sum it all up, contrary to what certain teachings, certain styles of describing the awakening, might suggest one to believe, one doesn’t have to choose between the personal and the impersonal, the triangle and the non-triangle. It’s simply a matter of knowing that the triangle possesses the miraculous power to do without itself while still retaining its integrity. What’s more, the triangle is entirely contained within the movement by which it disengages itself from its three sides. It is only at that time that the triangular nature appears. Moreover, as long as the triangle is in the center of its three sides, it is, to a certain extent, in contradiction to the square, the circle, and all the other geometric figures. It is separate, but the moment it realizes it is not a tributary of its three sides, it abandons them and emerges as itself, thereby negating the distance separating it from the other figures. In short, the more I am me, the more I am everyone else.

Random Reflections of the Obvious

Not one thought—not one atom of thought—subsists in me, not even that of the miracle being accomplished, of the fabulous gem l am laying bare, not even the thought of that thought. My thought is dead, the illusion dissipated; that which l considered until that instant as the very armor of my interior existence, as the base of myself, has ceased to be. And for the first time, I discover, I embrace—my ultimate unique reality—the unique and resplendent reality of the spiritual act that animates me. I open myself to the infinite bliss awaiting man at the heart of himself and is his destiny and nature. For the first time, in the silence of my thunderstruck thought, in the absolute vacuity of my mind where all form, all movement has succumbed, I AM.

Before, I was nothing but thought. In the impalpable dwelling of my mind, l believed myself active and pugnacious, courageous; I was nothing more than abdication, concealment . . . I believed to be honoring the life streaming in that sanctuary, but I soiled it in subordinating it to the views of my thoughts (What difference does it makes whether they were true or false, penetrating or stupid?). I was nothing but opinion, ideology.

I was an infinite mass of intellectual convictions articulated by a central presumption that I called—oh blasphemy!—”me.” What I experienced when I was little, those “instants,” those sudden gullies of happiness, yes, those were “experiences” . . . The thing I carry inside of me today is of a radically different nature. Not only does the word “experience” no longer apply, but it is in some fashion the negation of the thing—its honeyed falsification.

This Thing is not, is in no way a glorious adventure “coming” to a subject, otherwise unchanged. It is, at the same time, the subject and its coming, a pure subject—let’s clearly dot the “I”: a pure nonobject—”coming to itself,” actively, with the zeal appropriate to love, beginningless and endless. It is a pure subject-event, representing a fundamental change in the subjective nature, its reconstruction—a veritable mutation of the I-principle.

A kind of warmth makes its presence known in the least of things. And then, each thing—a table leg, the slats of a chair, that pile of books, the wall behind it—turns into a billion living, vibrant, humming points, rather like plaster or packed, powdered snow that could come to life. And here again, incomprehensibly, one is suffused with joy.

Paradise, at least as far as one of its faces is concerned, is lots of little things, all alike, anonymous, interchangeable, the universe, experience made sand, and this sand made life, conscience, and this life, these myriads and myriads of minuscule souls, surging—no, simply being there, and coming from nowhere, being there with no origin and never ending, in their dry effervescence, their talc-like hum, to fade away, to dissolve, to join the shadows, by becoming infinitesimal, by burrowing into itself and squeezing tightly—being there with no origin and never ceasing to become engulfed, and being there once again, those or others, a dusty field of ecstasy, and beginning once again to become endlessly engulfed . . . in instants that no longer follow one another uninterrupted, that form islands and go on forever.

I don’t know, I’ll never know. I’ve just been born. What am I saying! I’m hardly born at all. Am I a second old? . . . It will be eternally thus. I will never reach the shores of the time of Knowledge. My youth isn’t a leg of a journey: it is my nature. My innocence isn’t transitory: it is constituted in who I am. No future thick with knowledge before me other than in dream. I can only reject every element of science as an unreal and impure wrinkle. Occasionally, I’ve begun to dream that I’ve grown old: instantly I pinched myself and woke up. I do not know.

The stars are i-ing the heaven of origins.

In opening, the “me”-flower discovers that underneath the very real burgeoning of the meadow, there reigns a lone life, and that the flower is also this root, this base, and thus: its neighbor and each one of its sisters and also the entire meadow.

I am the secret nestled in the aroma of freshly cut grass, in the whooosh of the wind howling down the chimney, in the hundred thousand fingers of the snow squall, in the mother-of-pearl of a spring morning, in the silent message of a row of chestnut trees, in the hollow of the beach and the dance of the sand fleas. I am he who once rendered you living, I am the instigator of all your marvelings, all your astonishments, I am the sole reason for which anyone at all ever loved himself and loved another, I am the secret that irrigated each of your childhood secrets, I am the angel that each child holds in filigree that you killed.