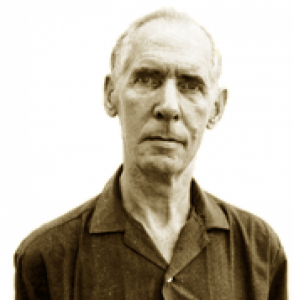 “When you feel this sense of being, this pure ‘I-am,’ you find that it does not fall into any category. It is neither yours nor is it not yours, it is neither divided from other people nor united with them; it just is. And it is pure, simple consciousness.”

With practice, you can rest in Being, just as you now breathe or eat. And, as with breathing or eating, there is no need to think about it before consciously experiencing it. Both a stone and a person can “be” unconsciously. The difference is that a person can consciously “be.”

When you feel this sense of Being, this pure “I-am,” you find that it does not fall into any category. It is neither yours nor is it not yours; it is neither divided from other people nor united with them; it just is. And it is pure, simple consciousness. You cannot say that you are conscious of it, because there is no separate you to be conscious of it. You are it and it is you. Additionally, the experience is a very blissful one, free from worry and sorrow. You recollect this only when looking back at it, because while it lasts you do not bother about such questions. In fact, upon looking back, you realize that while it lasted you were not thinking at all but just seeing, hearing, and cognizing, without the experience intruding upon you and without being disturbed by it at all.

Normally, you experience yourself as an individual being, separate from all others, liking some things and people and disliking others. You do not need to work at this because people usually feel this way normally.

You do not have two different selves, but rather two ways of experiencing Being. One leads to serenity and happiness; the other leads to anger, jealousy, frustration and all manner of suffering. To deal with this dilemma, some religions teach   rejection of the ego. Thus, Christ said that those who give up their life for His sake (for the Spirit or Self) will find it (the Self), while those who seek to save their life will lose it. Other religions teach that there is not really an ego at all (as in the Buddhist doctrine of no-self). These two positions make no difference to a spiritual aspirant because whether the ego exists or not, it appears to exist; this “apparent self” has to be seen for what it really is.

Most people live simply as the ego, not knowing any other possibility. How did this state come about? According to psychology, the very young child has no ego-sense. Western   spiritual tradition also holds that our earliest ancestors also had no ego-sense. The rise of the ego brought about the differentiation of good and evil, which led to the “fall” of humanity from the ego-free state called “paradise” and to the present ego-ridden state of our strife-filled world.

A human being comes into the world with various faculties, including the mental faculty. Very early in life, this mental   faculty begins to find some of the reports made by the other faculties pleasant and others unpleasant. It then builds itself up into a fictitious person who constantly demands the pleasant experiences and rejects or tries to reject the unpleasant ones. This fictitious person, which we call “the mind,” is the same as the ego. When Maharshi or any other spiritual master says that the mind of the realized person is “dead,” it does not mean that the mental faculty is in any way impaired. If Bhagavan looks at a calendar, he can tell the date like anyone else. The mind of the realized sage no longer functions as ruler of the other faculties and indeed of life itself—planning the future, regretting the past, hoping, fearing, or feeling pride.

All spiritual teaching guides and encourages us to seek liberation from the ego and realization of the Self. The two are the same. To say “There is no ego,” “The ego is an illusion,” or that “The Self already is,” does not in any way free us from the obligation of realizing the Self. Every time we act selfishly in thought, word, or deed, we receive ample motivation to seek liberation from the illusion of ego. We accomplish nothing when we say there is no ego yet behave as though there were, because actions speak louder than words. Living as though there were an ego prevents us from realizing that there is not. It also prevents gaining liberation from it.

The question may arise, “If I like the ego-state, why shouldn’t I be left at peace in it?” The answer is, “You don’t like it.” Nobody does, because the ego itself (or the illusion of one) does not leave us at peace. In describing one of humanity’s greatest afflictions, Solomon listed “a servant when he ruleth.” The mental faculty is perfectly equipped to be a servant, but the mind makes itself a ruler. It is insatiable. However favorable one’s circumstances, it always craves more—more pleasure, more admiration, more success. At the same time, it is eternally insecure, vulnerable to sickness, bereavement, old age, destitution, and, ultimately and unavoidably, to death. Yet plagued by this ego-self—frustrated, insecure, and even driven to consider death as an escape from it—few people have the clear understanding and the determination to give it up! That is the perpetual mystery.

The next question may arise, “How do I know that I’ll be better off, less frustrated, and more content if I reject the ego?” As Bhagavan says, “Who asks the question?” Being ego-free is the natural state, what I am innately. It is also the carefree and deathless state. One feels intuitively that it is so, and if empirical evidence also were needed, we can find it in the lives of the liberated. A sage lives immersed in bliss, whether or not the apparent circumstances of life seem favorable. What sage has ever complained?

But some will ask, “Are there also positive gains?” Who for? The faculties, set free from the tyrant mind, are able to grow naturally, no longer warped, stunted, or shut off from the sunlight. Moreover, the mind, the usurper, gloats at the prospect of the gains that will accrue as a reward for its fictitious death and asks if there are positive gains! This tactic represents one of the mind’s strongest lines of defense and counterattack.

Then if we decide to abjure the seeming-self for the true Self, the question remains: How do we do it?

As a useful introduction, we need to keep in mind the reality of the Self and the unreality of the seeming self, the ego. What we understand on a mental level can never be more than an introduction, although a useful one. Sri Krishna gave it to Arjuna first before speaking about the discipline of life his charioteer was to follow.

After acquiring an intellectual understanding, we then adopt a discipline of life. Such a discipline might entail living each day as it comes based on the assumed unreality of the individual self. Living this way implies cool, efficient, impersonal activity such as Sri Krishna enjoins in the Bhagavad Gita, doing what is right because it is right, not for profit or pleasure. It does not follow, however, that there must be no profit or pleasure in life. Merchants naturally sell at a profit because that is how they make their living; a married man naturally expects pleasure from his family life. In these cases, profit and pleasure should not override duty and become the dominating motives in life.

However, even a life of disinterested activity cannot normally dissolve the ego-sense. Such an approach usually needs to be reinforced by a stronger and more forceful campaign,  involving either surrender or inquiry. Sri Krishna in the Gita enjoins surrender; Vasishta in the Yoga Vasishta enjoins Self-Inquiry. When asked about this subject, Maharshi said: “There are two ways; ask yourself ‘Who am I?’ or surrender.” The mind, which acts as though it were the ruler and owner of the faculties, must abdicate and surrender them and itself to pure   Being, the Self. Alternatively, it should look inward and perceive the true nature of the Self, or Being.