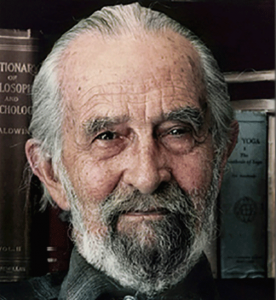 In the past, two important Recognitions have come to me. First, nearly fourteen years ago, in a setting which it is not neces­sary to delineate, I suddenly recognized “I am Atman.” This effected important changes of outlook that persisted. Second, less than one year ago, while engaged in the public work mentioned above, and while deeply interested in a book giving a report of a living Indian Sage, I also suddenly recognized that Nirvana is not a field, or space, or world which one entered and that contained one as space might contain an external object, but rather that “I am identical with Nirvana, and always have been, and always will be so.” This Recognition likewise had its persistent effects upon the personal consciousness.

We are now ready to return to the Recognition of ten days ago. I say “Recognition” rather than “experience” for a very defi­nite reason. Properly it was not a case of experiential knowledge, which is knowledge from the senses whether gross or subtle, nor knowledge from deduction, though both forms, particularly the latter, have helped in a subsidiary sense. It was an Awakening to a Knowledge which I can best represent by calling it Knowledge through Identity and thus the process—in so far as we can speak of process in this connection at all—is best expressed by the word “Recognition”:

I had been sitting in a porch swing, reading. Ahead of the sequence in the book, I turned to the section devoted to “Liberation,” as I seemed to feel an especial hunger for this. I covered the material quickly and it all seemed very clear and satisfactory. Then, as I sat afterward dwelling in thought upon the subject just read, suddenly it dawned upon me that a common mistake made in the higher meditation—i.e., meditation for Liberation—is the seeking for a subtle object of Recognition, in other words, something that could be experi­enced. Of course, I had long known the falseness of this position theoretically, yet had failed to recognize it. (Here is a subtle but very important distinction.) At once, I dropped expectation of having anything happen. Then, with eyes open and no sense stopped in functioning—hence no trance—I abstracted the sub­jective moment—the “I AM” or “Atman” element—from the to­tality of the objective consciousness manifold. Upon this, I focused. Naturally, I found what, from the relative point of view, is Darkness and Emptiness. But I Realized It as Absolute Light and Fullness and that I was That.

From Pathways through to Space, by Franklin Merrell-Wolff