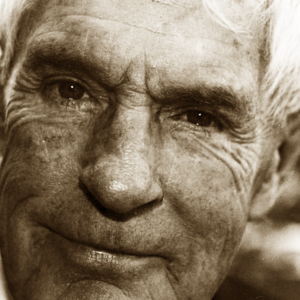 The past and future, you are told, are in your head, one as memory, and the other as imagination. But the present, because of the complicated biochemical processing of sense perceptions, which of course takes time, is already in the past by the time you experience it!

You practice mindfulness. You have read the books and dabbled in the scriptures; you joined a vipassana group and practice insight meditation. Now you go around trying to be “aware.”

There is something to be said for this mindfulness, of course. How much easier it should be to live in the present, with less guilt from the past and less worry for the future. You can, as they say, be present in the Now, and hence live more fully, moment by moment. After all, if you are not mindful, you are mindless—thus, how can you “wear out the shoe of samsara?”

Ah, but it isn’t easy, you discover. This living in the present seems unnatural at first. How can one possibly be aware all the time? But with practice, lots and lots of meditation, sitting and otherwise, you develop the ability to hold your awareness for longer and longer periods, sometimes for part of a day. “This is Buddhism,” you think; “This is the Way.” Eventually you’ll be fully “awake”—for what else could “awake” mean but to be mindful all the time? And already you have become more peaceful, you function better, you appreciate more; you have even learned to take a step back, to watch yourself, to let things happen and thus douse the fires of your prideful will, to allow compassion in—certainly your life has become more meaningful.

But is this all there is? Is this the Buddhist ideal? Is one, in fact, “awake” because one is one hundred percent in the present?

The answer arrives one day when you happen to read a passage in a book on Buddhist metaphysics about “time”—what it is, or rather, what it isn’t—and something inside you snaps. The past and future, you are told, are in your head, one as memory, and the other as imagination. But the present, because of the complicated biochemical processing of sense perceptions, which of course takes time, is already in the past by the time you experience it! You are—you realize all too clearly!—living in the past, albeit a recent one, which happens to be in your head! Or, perhaps you are living in the future, which you can never know until it has become the past. Where, in any case, is this precious “present” you have for so long been practicing to be present in?

And so you wonder: If all that you see and hear and touch is in your head, then just what is it you are “aware” of? Where, or when, does “mindfulness” come in? What difference is there, in the Large View, between being mindful and being mindless? So what if you are daydreaming—is that any more or less true to your real nature than being mindful? After all, they are both in your head!

What to do? The inquiry sits like a rock at the bottom of your teacup. If, as you have heard and as you now wish were not so forcefully clear, there is no “you,” and likewise no “other-than-you,” what in the lost world is all this fuss about mindfulness?

The solution strikes you as exceedingly humorous—the very idea that there could be something to fuss about, the idea that there could be anyone to do something about anything! In fact, there is no answer because the question is not really a question. And with that realization comes a shift of consciousness, a somersault, the miraculous metanoia you have read about. Now mindfulness is suddenly “no-mindfulness”—mindfulness in its true sense—not a “you” in the “present” but simply an all?embracing Presence.

It is a Presence that you (but not as a “you”) are creating, moment by precious moment. What you once called “time” you now see for what it is—a concept—so that the past, the future, and even the biochemical process itself, are revealed as conceptual interpretations of what is basically a “timeless” Presence (presented serially), Here and Now intemporally. Creating the world constitutes the Here and Now, is the Here and Now—the process itself is the so-called “present.”

Aware of this, you are also aware of Subjectivity, for to “create the world” and to “perceive the world” must necessarily be the same; they cannot be separate. There is, you realize, no such thing as “seeing,” because seer and seen are one and the same. This is the realization, the (sort of) awareness that is “mindfulness,” the no-mindfulness (for there is no one to be mindful of no-separate-thing) that is true mindfulness.

J. Amberchele is a prisoner in the California correctional system. His writings have been published in several periodicals.