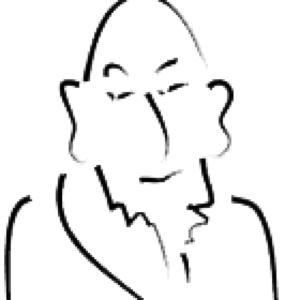 When we lose our sense of wonder in life, it’s a sign that we know too much! It’s true. Wonder is always the first casualty of too much knowing, while it always thrives in the rich soil of not-knowing.

Unfortunately, most people, when they suddenly realize that their lives have become dull, flat, devoid of wonder, look for answers. More knowing! This approach is like using gasoline to put out a blaze.

Its questions that are important here, not more answers. Not more pieces of knowledge. And not just any ques­tion, either, but a real question which can reverse the habitual outward flow of the mind long enough to see. A question with the power to Return you to the vastness of not-knowing. That’s where you’ll find your wonder, and nowhere else.

To learn to question in this manner is the way of Enquiry. It’s the art of self?rescue and its purpose is to keep you from being buried in the debris of knowing too much. Or just thinking that you do! Too much knowing obscures the mind, destroys the sense of wonder. It replaces reverence with a shallow, affected, piousness. And, of course, not-knowing is the only natural remedy for this disease, which swings wildly back and forth between terminal boredom and terminal distraction.

Sometimes you have to know things, it’s true! How to get from “Hay” to “Bee.” How to cook things. Fix things. Even fix things you cook! What then?

But sometimes you really need to know something and don’t. What then? Turn your mind to the task, to the question; frame it lightly. Then, Return; go back to Blue Sky Mind. That’s right, go to not-knowing for your answer! That’s the Way of Practice.

And, if you return to the Blue Sky repeatedly and don’t get your answer? Look! That is your answer!

The logical mind hears about non-action or non-­effort, and manages to come up with something which is really just lethargy, or laziness. It might conjure up a picture of “spiritual” people, maybe old guys, meditating, doing nothing, or even getting things done with the use of mental rather than physical force. But that has nothing to do with non-action!

Because non-action is a way of acting! non-action is the highest-quality action of all. It’s the Way of the Tao. It’s the way things work in Nature. It’s not a kind of doing nothing which is really just stagnation; it’s the kind of doing nothing which is acting with nothing-extra. Non-action simply means non?ownership of action. When we can simply act without the burdensome sense of ownership of “our” actions, our actions become pure: that extra speediness and tension are dropped, and our work becomes effortless because we cease opposing ourselves. Our actions flow with the Greater Flow. Non-­action isn’t laziness.

When we act without this sense of ownership, an in­teresting thing happens: we act as if there is no actor! We act as purely, as unself-consciously as a flower blooming in Spring. We simply supply the concurrent causes and then allow things to get done.

Most people can only do this or that, one or the other: They can hurry or they can drag their feet, they can become personally involved and do a good job or they can be aloof and not give it their best shot. But either of these approaches has nothing at all to do with Practice. The Way of Practice is altogether different and involves entering totally; giving each task everything you have without the extra tension generated by the feeling of ownership, of over concern with results, of the feeling, “I am the doer of it all.”

That’s Practice and that’s non-action, too. It’s the way to do things purely without being tainted by gaining ­mind. It’s the only way to act so that the will does not oppose the Flow. It’s easy. But it’s also easy to lose it in an instant. There are, however, a couple of sure-fire ways to get it down.

One is that each act is entered totally and then put behind you without self?congratulation. The other is even easier—it’s to esteem the wonderful and mysterious action of the Flow instead of just your own part in things.

Is that enough? It’s up to you.

Action is the culmination of Practice. But it’s how you act, the quality of that action, which is important and which transforms practice into Practice. It’s non-action. It’s action emerging from stillness, which is important. It’s acting without delusion as to the nature and results of your action, yet still acting anyway! It’s dynamic; it’s taking principles into your life and using them. But using them without owning them, without turning them into rules.