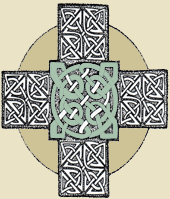 Expansiveness
When I was a child, I would sit in bed at night and contemplate how the universe could be infinite. How can something go on forever? I would envision how there might be a brick wall in space where the universe would end, but then I would ask what was behind the wall. I would have to stop thinking about the whole idea because it would literally blow my mind. This concept of expansiveness, the concept that God is everywhere, without end, is unable to be understood and processed by a mind which is functioning in a body. The mind sees separation, and its perception is that time and space are fixed, but quantum physics has shown that they are not fixed. However, one advantage and purpose for being in a body, in a “separate” self is that it gives us the perception we are limited, and this is the opening which provides the contrast to the infinite expansiveness that we are.

A wave crashes on a distant beach that no one has ever visited. The wind blows through a stand of trees where no human has been. An ant moves in the forest. Ice sits buried twenty feet deep in Antarctica. All are God, one body, one Consciousness expressing joyfully. All are perfect, all are One, all appearing in different forms. This expression is continuous, whether seen or heard by humans. Expansiveness is being the Oneness with this expression that is throughout Earth and an infinite universe.

When you  have  been  on  the  journey  for  a while,  you  can become frustrated as old  belief  systems  return. Old  fears, old judgments  return,  not  to  punish, but  because  they  are Love, showing  you who you really are through contrast. You can only know your expansiveness through comparison. The old beliefs are contained within expansiveness. Without any trees, there would be no recognition of a forest. Expansiveness is acceptance. How do you accept something which you believe is blocking you from the expansiveness? Understand that it is the belief that is blocking you-accept and embrace that belief.

Understanding
As I look back to my childhood, I realize that I was never comfortable in who I was. Part of this was attributable to the trauma inflicted by my mother, but part of this was the fact that I had a hard time adjusting to this world. I came from a space of infinite Allness to one where I was limited. My mind, which was very logical and analytical, could not grasp this “other world.” When the mind cannot understand something, it will fear it. This is especially true of the mind understanding God. When my mind became fearful of the unknown, it attempted to become even stronger, blocking out any memory of my true nature.

This journey cannot be understood. The sooner you accept that, the sooner you will be at peace. Understanding is a natural seeking for the mind. For a long  time  I  tried  to understand what  was  happening for  me  on  this  path  and where I  was headed. But my understanding never took me there, and it won’t for you either. God happens. It is not that you think it and then you go there. Trying to understand is a form of control that comes from fear.

Clarity requires something being finite, but God is not finite. Allow the River of Life to take you in the direction it presents. Just as the waters swirl in the river, constantly moving you along with changing scenery, there is a steady stream of thoughts, emotions, and experiences that swirl into you and back out of you. Just like the boat trip on the river, you simply enjoy the ride. You don’t have to know (clarity) where you are going or even where you are at in that moment. Fear, as in clinging to a rock or wanting to stop the boat, arises from wanting to know where you are at and not being able to know.

Non-understanding is the state of Being, not a state of doing or thinking. When you reside in non-understanding, you are present in the body, not the mind. This  state  helps  you let go of the  rock in  the  River, so  that  the  River can  carry you without your  resistance.

When  you  see  that  you  really  don’t know  or  understand anything, then  you are free to Be. You submit to the wisdom of the body of God, allowing the River of Life to reveal Itself to you. In the world, learning operates under the belief that something can be known and understood. How can we know something which is Infinite? How can an individual tree know how far the forest extends?

Acceptance that you cannot understand anything leads to great humility and a joyous opening and softening of the heart. When the heart is open, all judgment passes away, and God is able to reveal Himself to you. The eyes see with a gentleness and a compassion that expresses the Love that we are. Freedom is yours, and you are open to all possibilities. And God is infinite possibilities.

The paradox is that while we do not understand anything, we know the Truth of our Being. We know ourselves as Love, as the One.

Duality
As I walk through the world awake, I walk as the Son or as the One, the Father being all that exists. This alternation is like a see saw that is always in movement. Without the Son, the Father could not be known as the Father. Without the Father, the Son would not be recognized as the Son. This balance has defined Duality for me.

Duality is the counterpoint to Oneness, the black to the white. In order to know Oneness, you must know Duality. One does not exist without the recognition of the other.

Seeing “good” and “bad” does not separate you from God. If you believe you are separate, then your vision sees good and bad. Seeing good and bad then acts as false reinforcement, or proof, that your belief in separation is true. What we see “outside” our Self is only a projection of what we see “inside” our Self, for outside and inside are not separate. If we see separation or differences in the world, it flows from our belief in duality, our belief that we are separate from God.

If you still distinguish periods  in your life between non­connected/fear  states  and  connected/oneness  states, you are reinforcing and  perpetuating a duality  which  does  not exist. You believe in appearances. Duality is the vehicle in which you can see the Oneness revealed in everything, both as the experience of Oneness (the connected state), and as the contrast to the experience of Oneness (the non-connected state).

Lawrence Doochin has traveled a long journey of self-discovery. After years of spiritual study, Lawrence began receiving these revelations, which he recorded in his journal. As he wrote, Lawrence had no idea that the revelations would become a book.

From I Am Therefore I Am: Finding God in our Heart. Copyright © 2008 by Lawrence Doochin. Used by arrangement with In Harmony Publishing, Tennessee. www.iamthereforeiam.com

Buy this book on Amazon.com